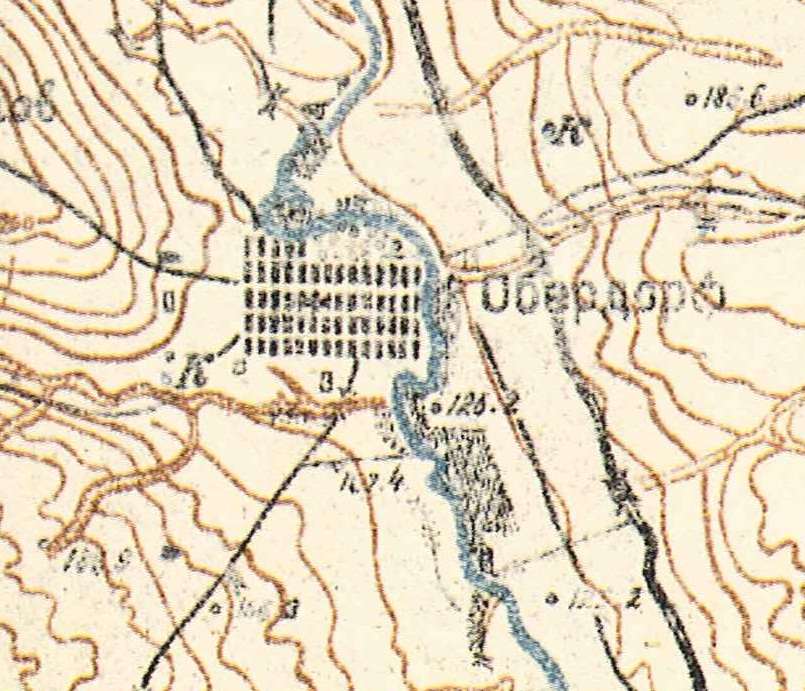 A wooden church building was constructed in 1871.  The congregation in Oberdorf was part of the Lutheran parish headquartered in Rosenberg where the pastor also resides.

In 1828, a colonist named Becker from Kamenka established a khutor at the place where earlier, a Russian named Kuptsov had also had a khutor.  As additional colonists began settling there the place became known as Beckers Chutor.  The colony of Oberdorf was officially founded in 1852 (1847 per Dietz) as a Lutheran colony by colonists resettling from Norka, Grimm, Kutter, Dönhof, Stephan, Shcherbakovka, Galka, Holstein, Dobrinka, Müller and Schwab.  It was located 180 versts from Saratov, 40 versts from Kamyshin, and 25 versts from Rosenberg.