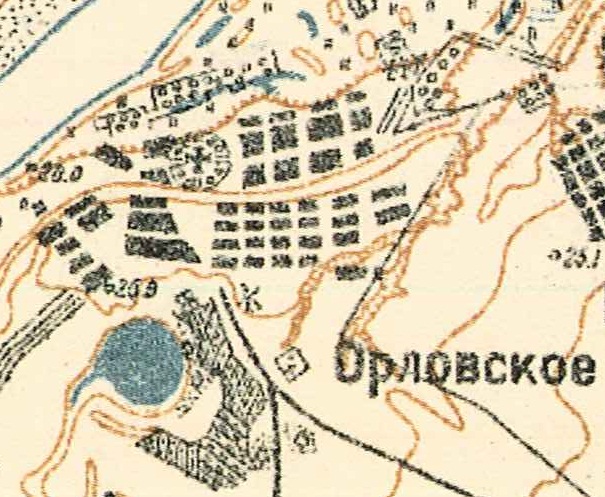 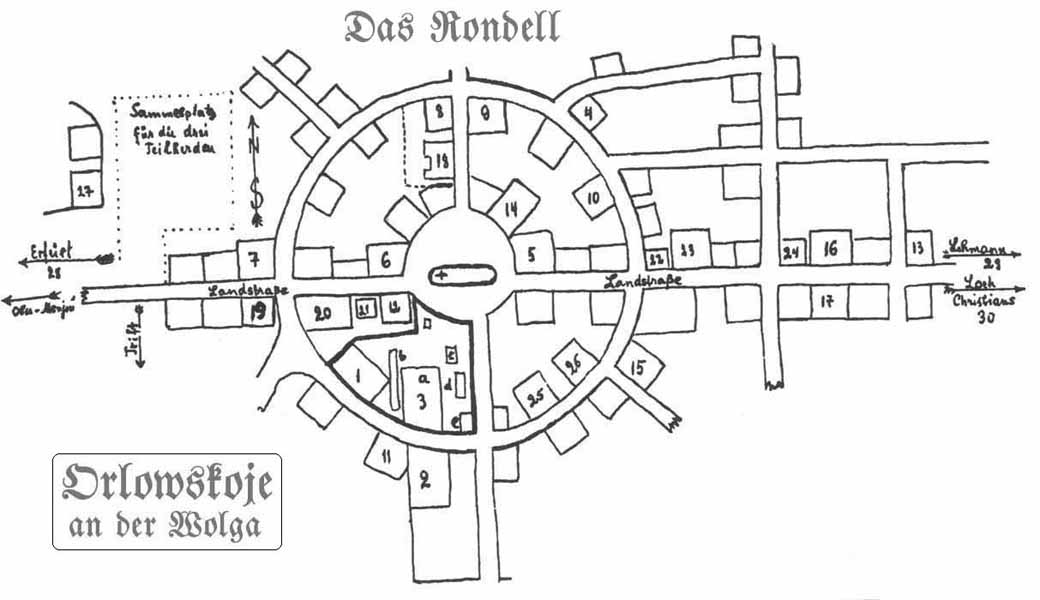 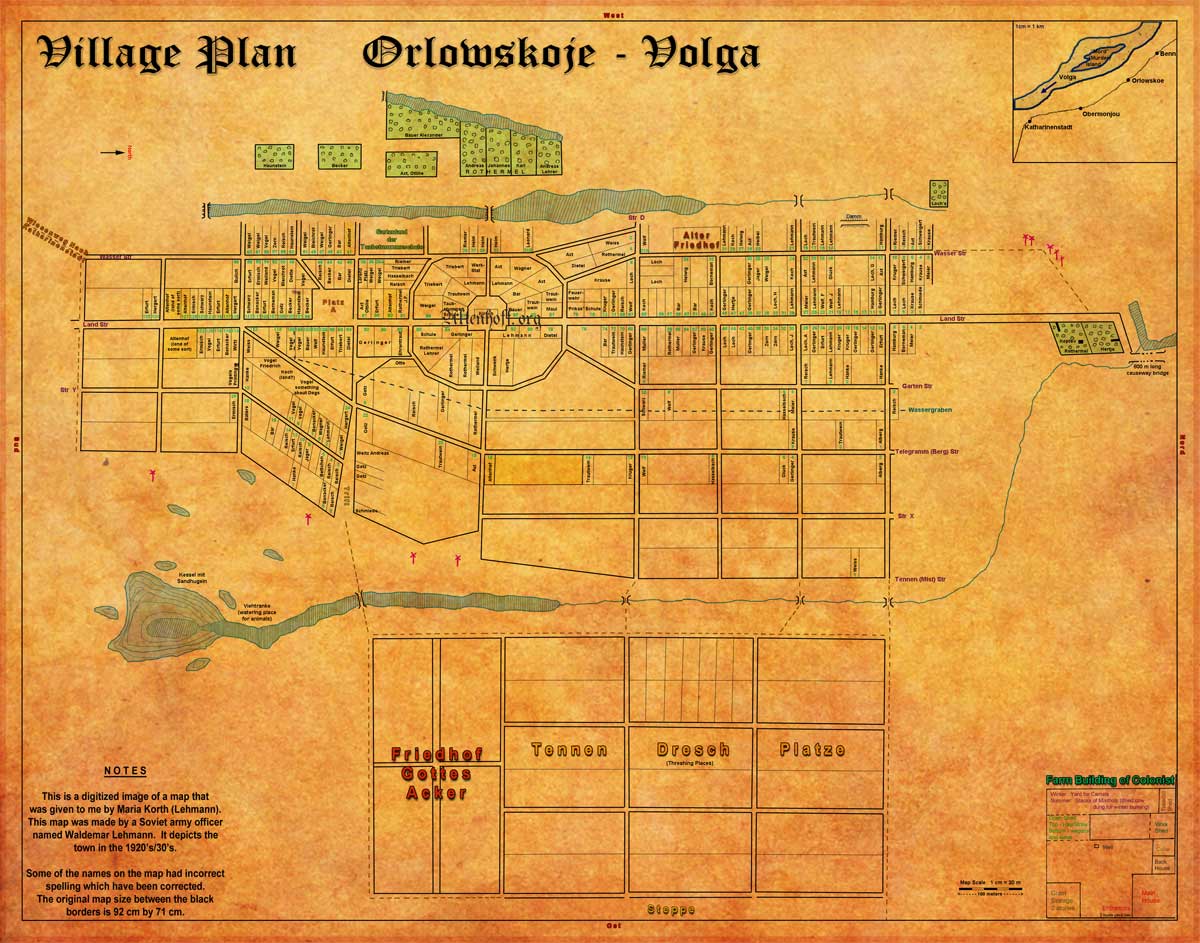 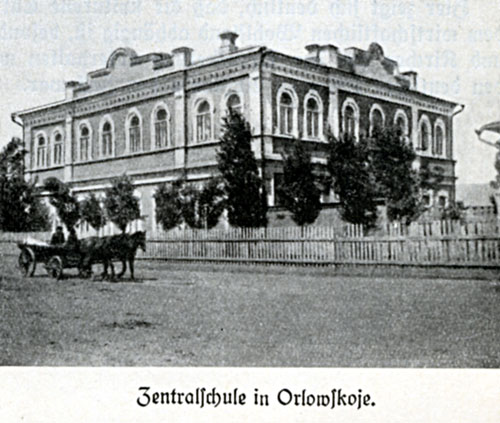 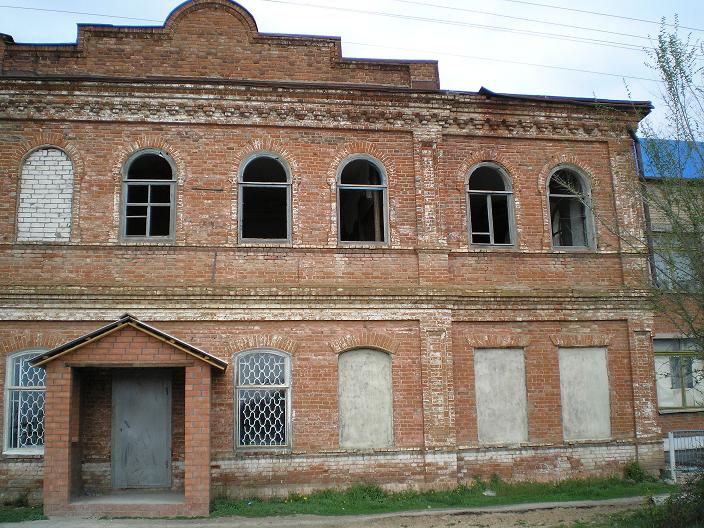 Orlovskaya's former school, currently a shop is located on the first floor. Photo (2007) courtesy of Valeri Taboyakov and originally posted to Wolgadeutsche.net. 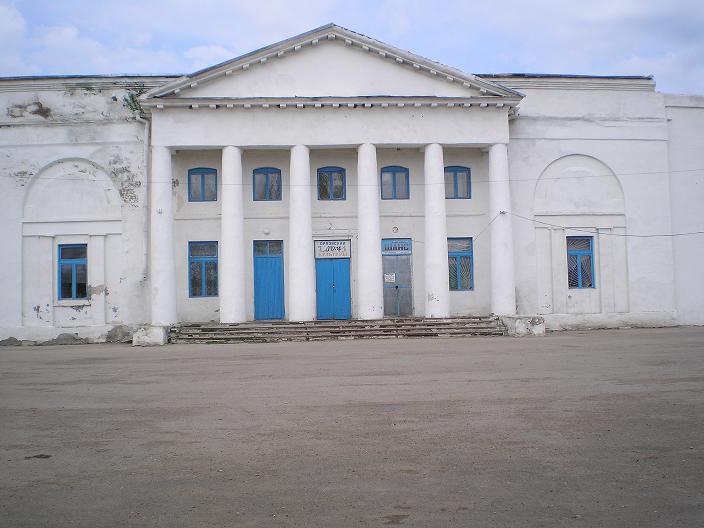 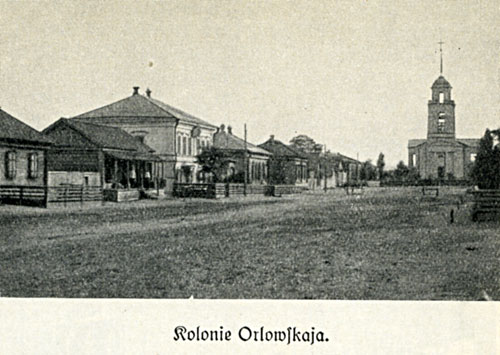 Not Orlovskaya! This photograph is mis-identified as Orlovskaya in several sources. It is actually a street scene in Warenburg .
Church

A new Lutheran church was built in Orlovskaya in 1860 by architect Frederick Lagus.  During the Soviet era, the building was used as a granary and warehouse - the same fate of many Volga German churches.  In 1960, the bell tower was removed.  Following a fire in 1969, the building was rebuilt and now houses a community center and the village library.

Orlovskaya was founded on 7 June 1767 by Baron Caneau de Beauregard as a Lutheran colony.