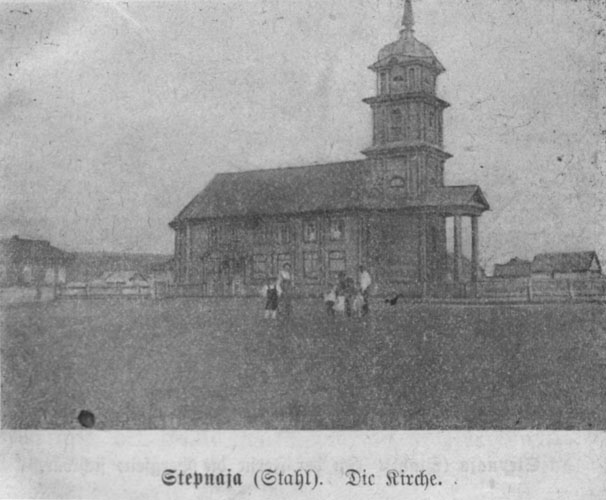 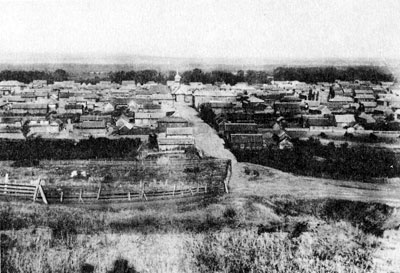 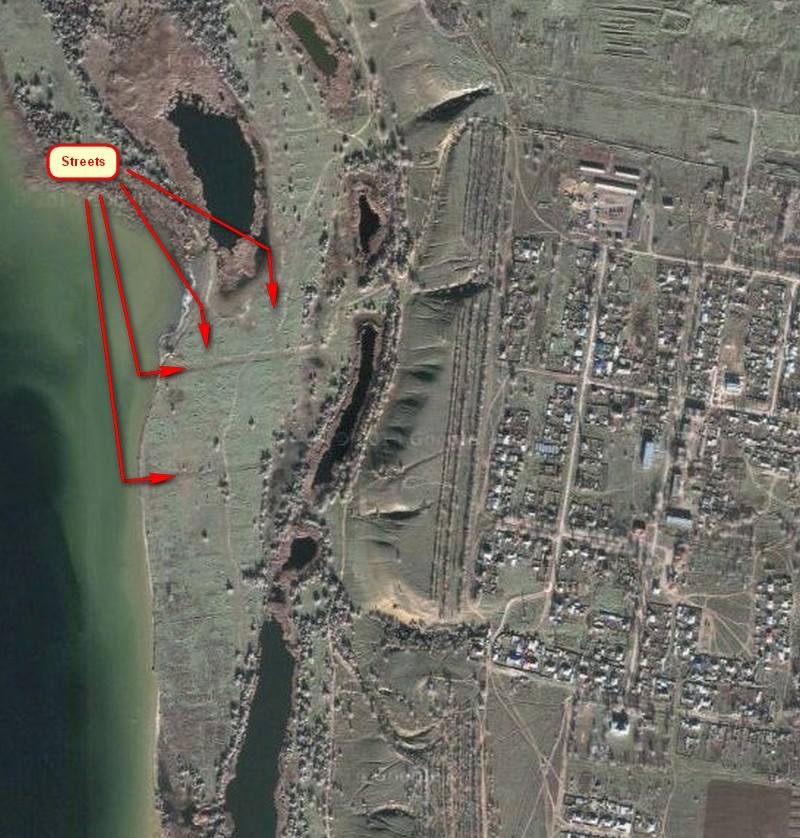 Satellite image showing the former (now partially flooded) location of Stahl am Tarlyk, along with the newer village on higher ground to the right. Source: Vladimir Kakorin.
Church

The congregation in Stahl am Tarlyk was part of the Warenburg Lutheran Parish which had been established in 1770.  A new church was constructed in 1834 in the Kontor Style.

Stahl am Tarlyk was founded on 13 August 1767 by LeRoy & Pictet as a Lutheran colony.  It was part of the Warenburg Parish.

The construction of the Volgograd (formerly Stalingrad) Hydroelectric Power Station from 1950-1961 created the Volgo Reservoir which flooded several Volga German colonies including the former Stahl am Tarlyk.  A new village was constructed on higher ground just to the east of the former colony.