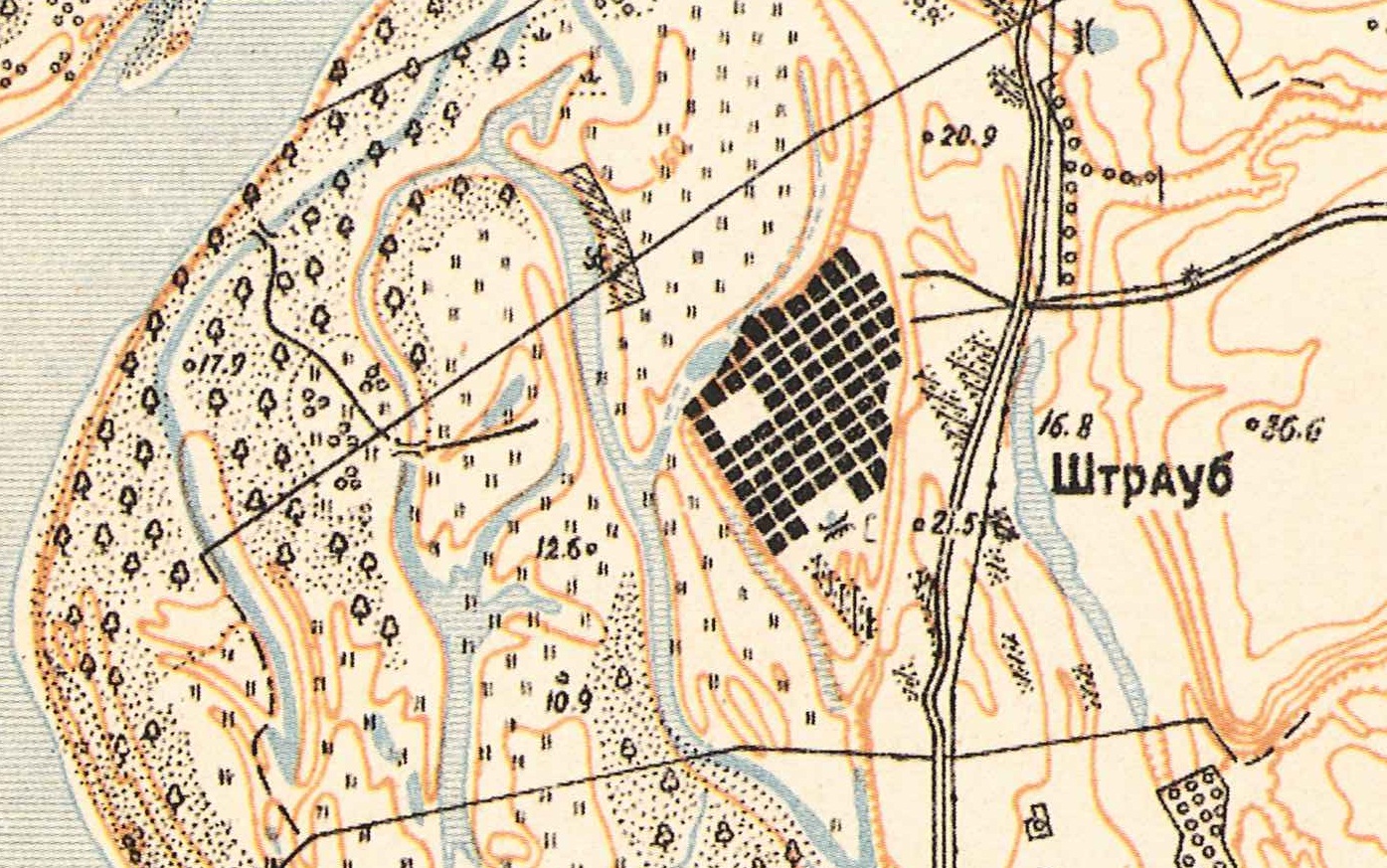 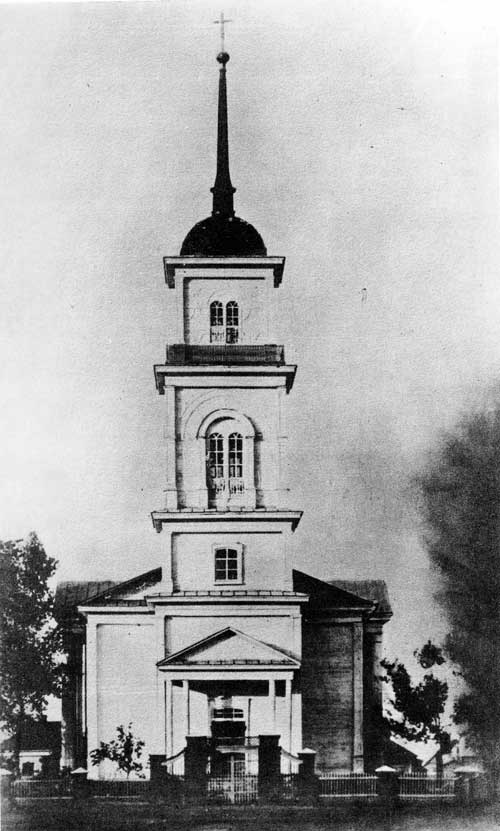 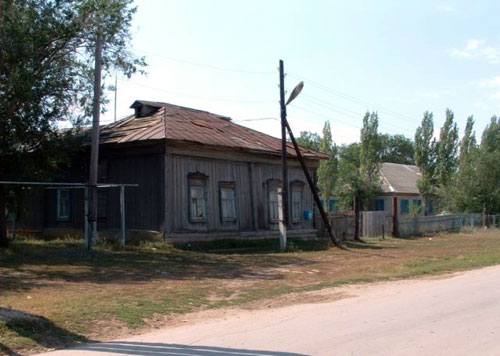 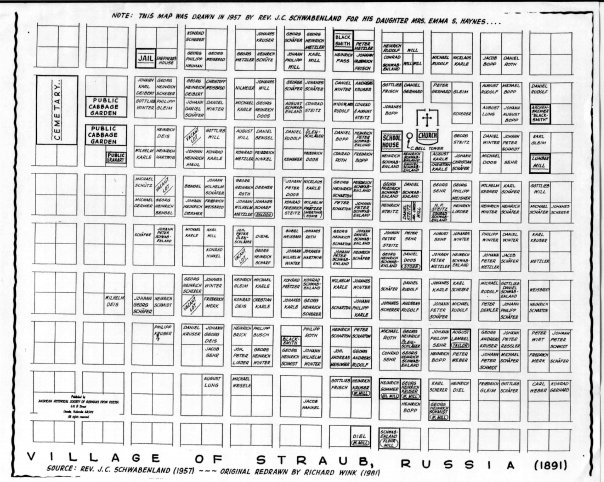 This map overlays several maps that show the location of Straub (top) before and after the inundation of the Volga Reservoir in 1961. Source: Vladimir Kakorin.
Church

The congregation in Straub was part of the Warenburg Lutheran Parish which had been established in 1770.  A new church was constructed in 1875 in the Kontor style.

As a result of the building of the Volgograd Hydroelectric Power Station, the colony was relocated to higher ground above the flood plain created by the inundation of the Volga Reservoir.  The former location is now mostly on an island in the Volga River.