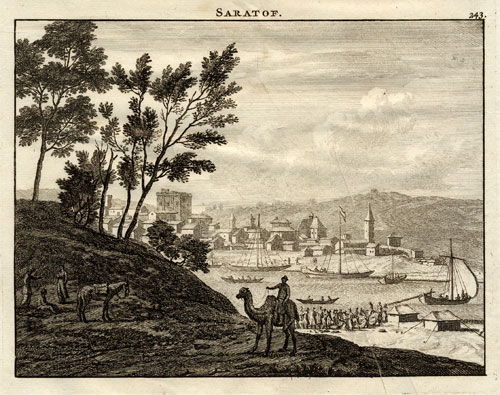 Drawing of Saratov in 1711 - approximately 50 years before the arrival of the Volga German immigrants. Source: Steve Schreiber. 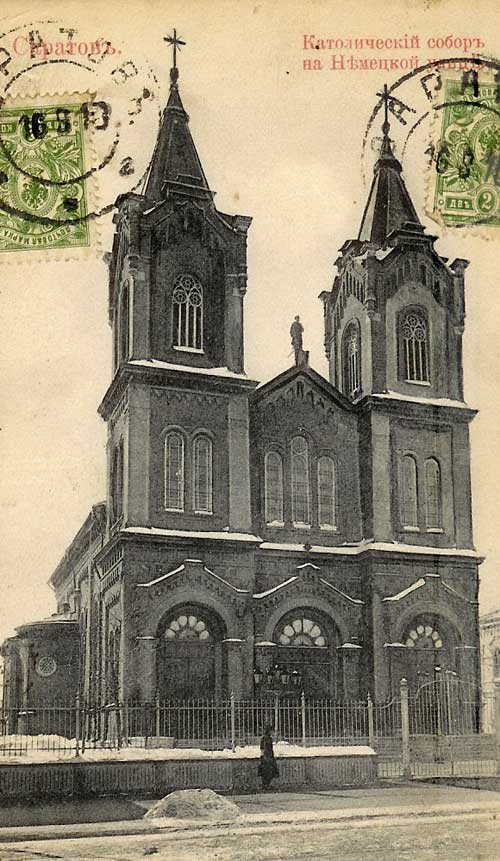 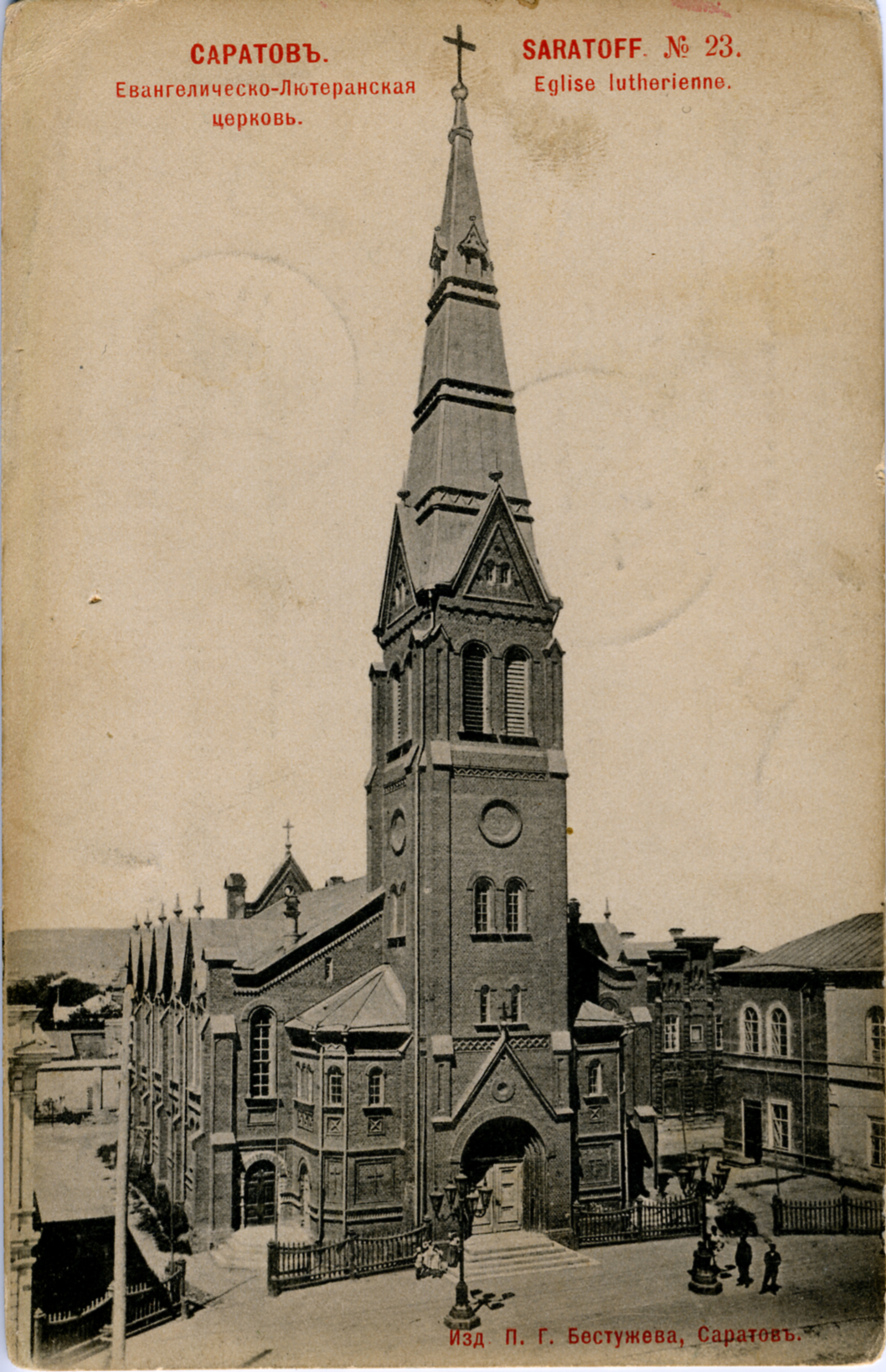 Postcard of the Lutheran Church in Saratov (1902). Courtesy of Steve Schreiber. 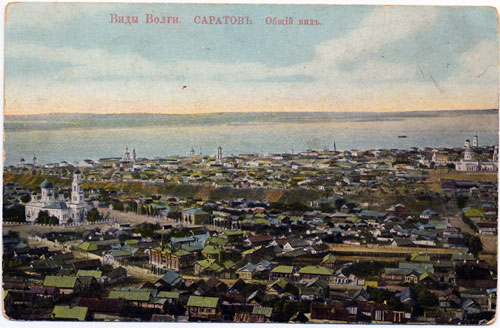 Saratov was home to both a Lutheran parish and a Roman Catholic parish which served the ethnic Germans living in this city.

The Lutheran parish in Saratov was officially organized in 1793, although Pastor Ahlbaum was active in the city before then.

The Pope established the Diocese of Tiraspol, headquartered in Saratov on 3 July 1848. During its existence, there were five bishops:

This diocese went inactive in 1930 with the resignation of Bishop Kessler and officially vacant in 1933 when he died. It was formally "surpressed" in 2002 when the new Diocese of St. Clement in Saratov was established.

The Catholic parishners of Saratov built a wooden church which was consecrated in 1805. This building was used until 1880 when a new brick building was erected. The architect was M. N. Grudistova, and the new building was consecrated to St. Clement (St. Klemens in German) when it was completed in 1881. Today the structure serves as a movie theatre called "Pioneer."

There were three frontier garrisons founded to protect merchant ships traveling on the Volga River: Saratov (1584), Samara (1586), and Tsaritsyn (1589). Over the next century, the settlements were rebuilt on first one side of the Volga and then the other following a series of natural disasters.  The 1670 peasant revolt led by Stepan Razin also thwarted development of these cities.

Saratov was the first point of arrival for the German colonists and the location of the Kontora (Office of Immigrant Oversite) following the establishment of the colonies in the 1760's. From its beginning as a provincial outpost, Saratov grew to become a prosperous city and served as the center of industry for the Volga German colonists.

Maps of Saratov and Saratov Province

Description of the city of Saratov and Saratov Province (Encyclopædia Britannica)