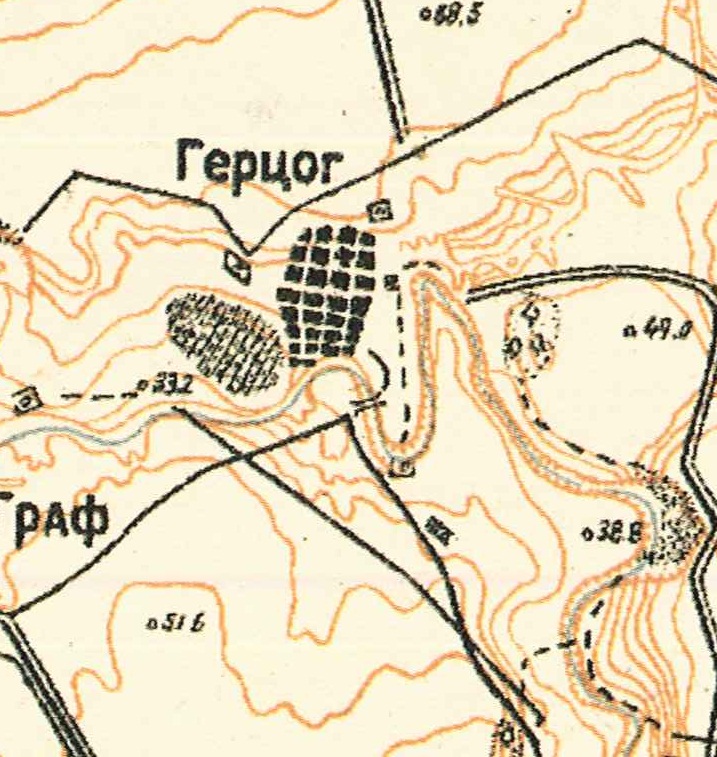 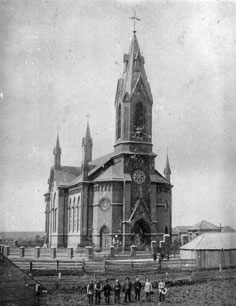 Herzog, Russia Karaman River in the foreground. Notice the camels on the far bank. 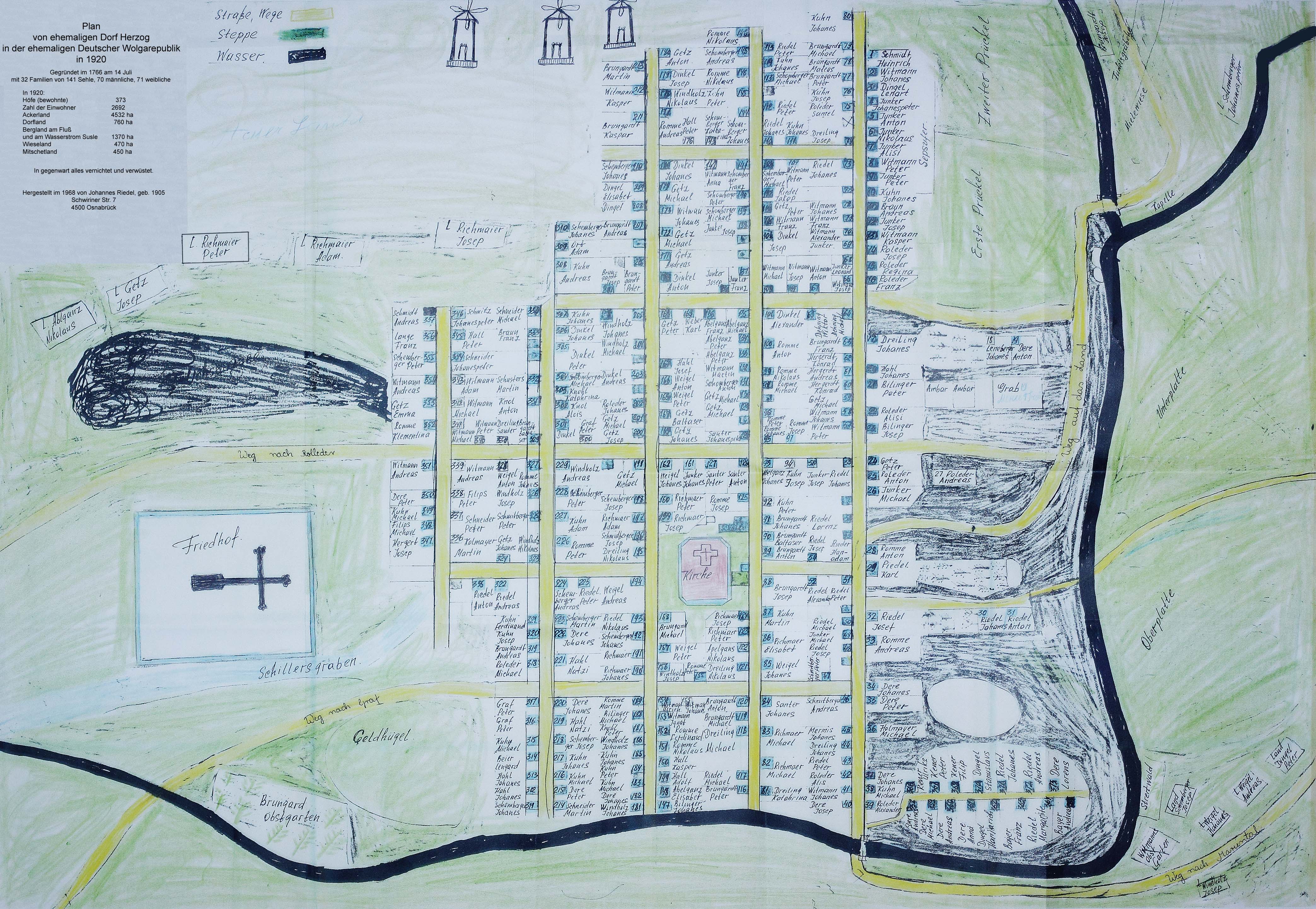 Herzog was a part of the Rohleder parish until 1903.

A new church built of brick was completed in 1897.  It was demolished during the Soviet era and the bricks used to build a school in nearby Mariental .

Herzog was a Roman Catholic colony founded on 14 July 1766 by LeRoy & Pictet.