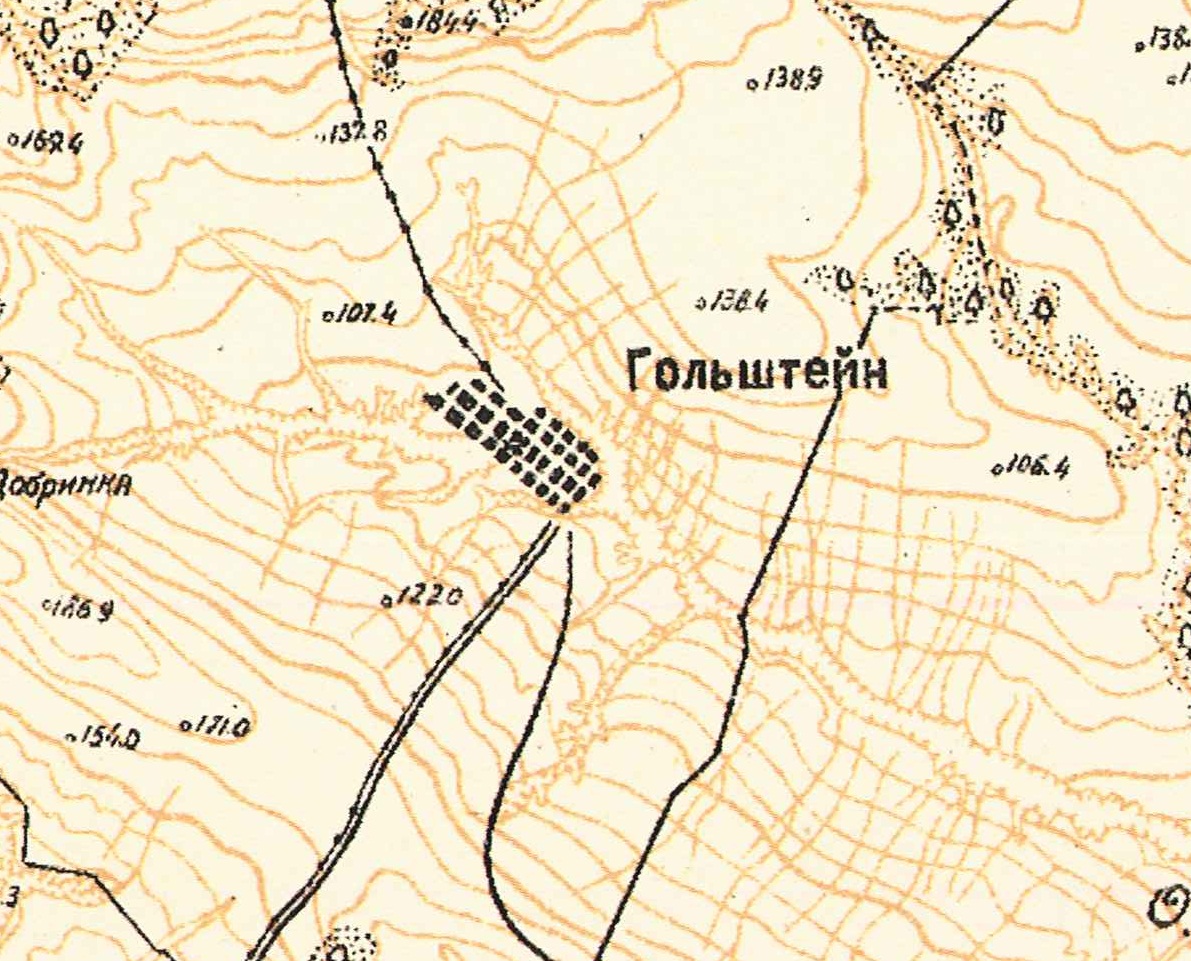 Holstein was founded on 26 May 1765 by the Government as a Lutheran colony.  It is located on the banks of the Galka River.

Report of Conditions of Settlements on the Volga to Catherine II by Count Orlov, 14 February 1769.