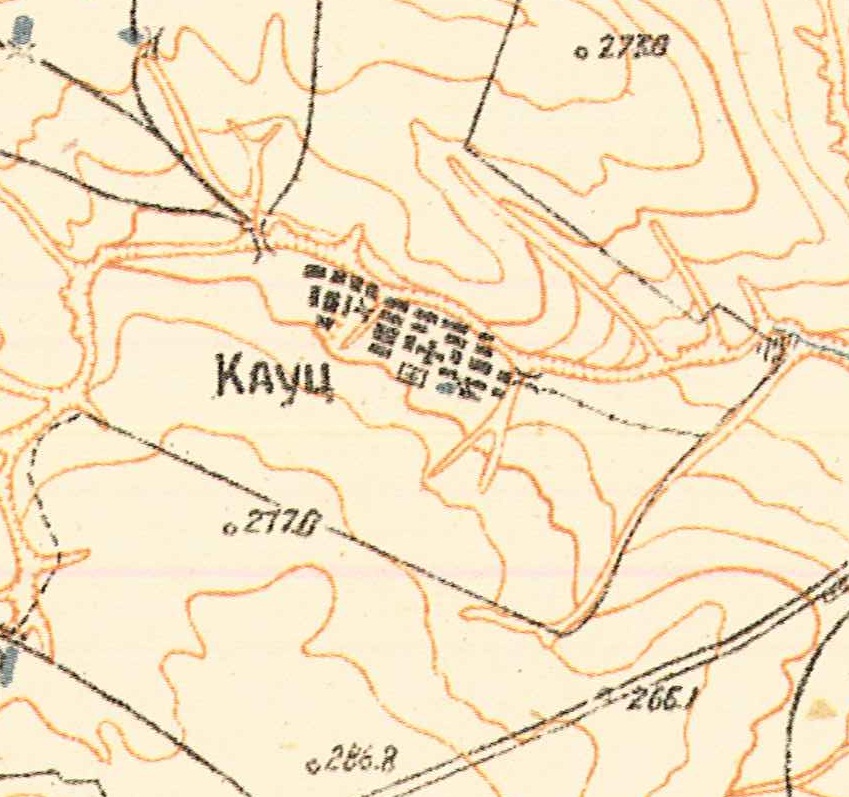 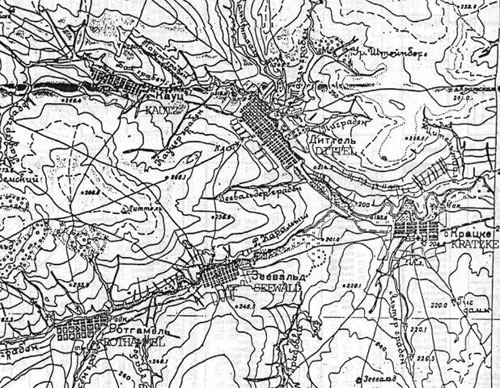 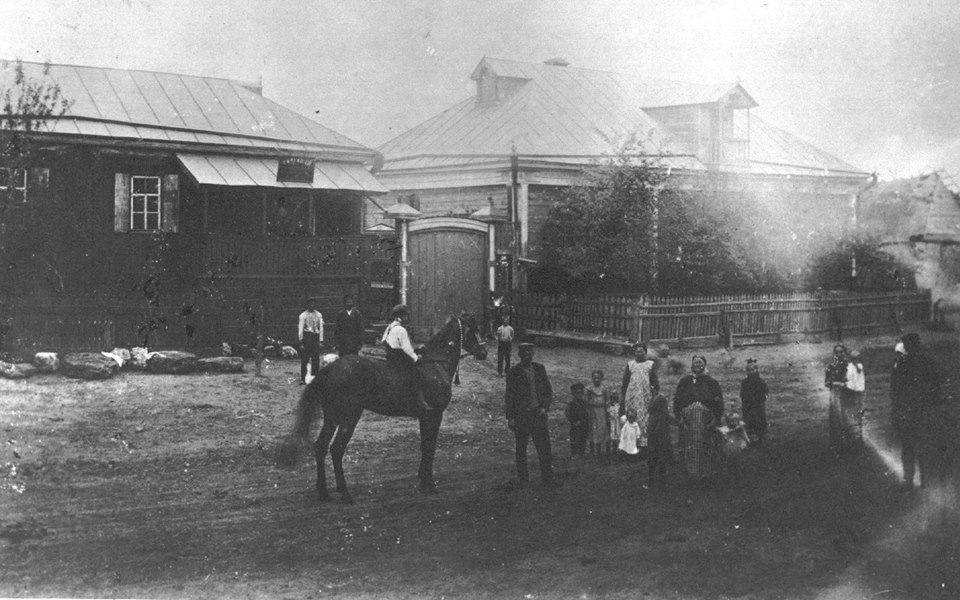 The building on the left is the Frank Store in Kautz, run by Johann Georg & Maria Barbara (Frickel) Frank, who live next door in the house on the right. The individuals in the photo are unidentified. Source: Michael Frank. 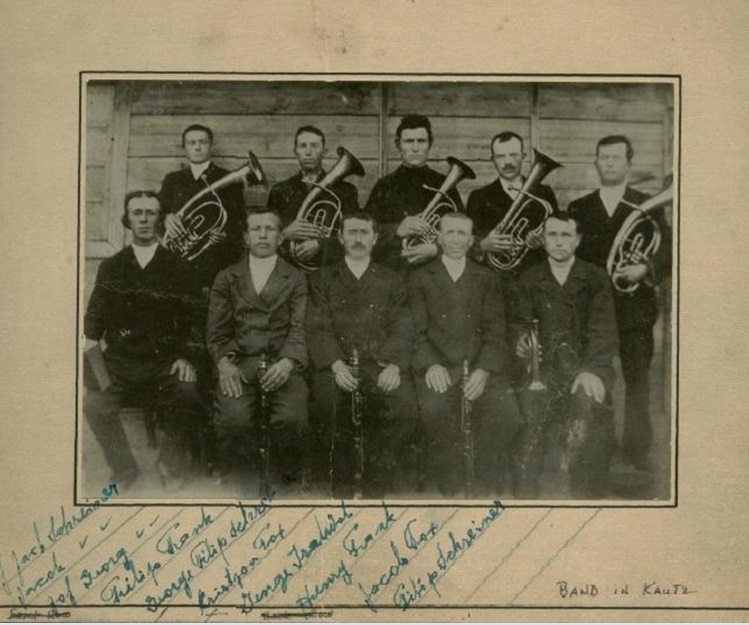 Kautz was founded on 20 May 1767 by Baron de Boffe as a Reformed colony. There were 28 founding families, all of whom came from the Palatinate. The colony was named after its first Vorsteher (mayor), Georg Jakob Kautz. By decree on 26 February 1768, the colony received its official Russian name of Vershinka.

"Settlements in the 1897 Census." Journal of the American Historical Society of Germans from Russia (Win