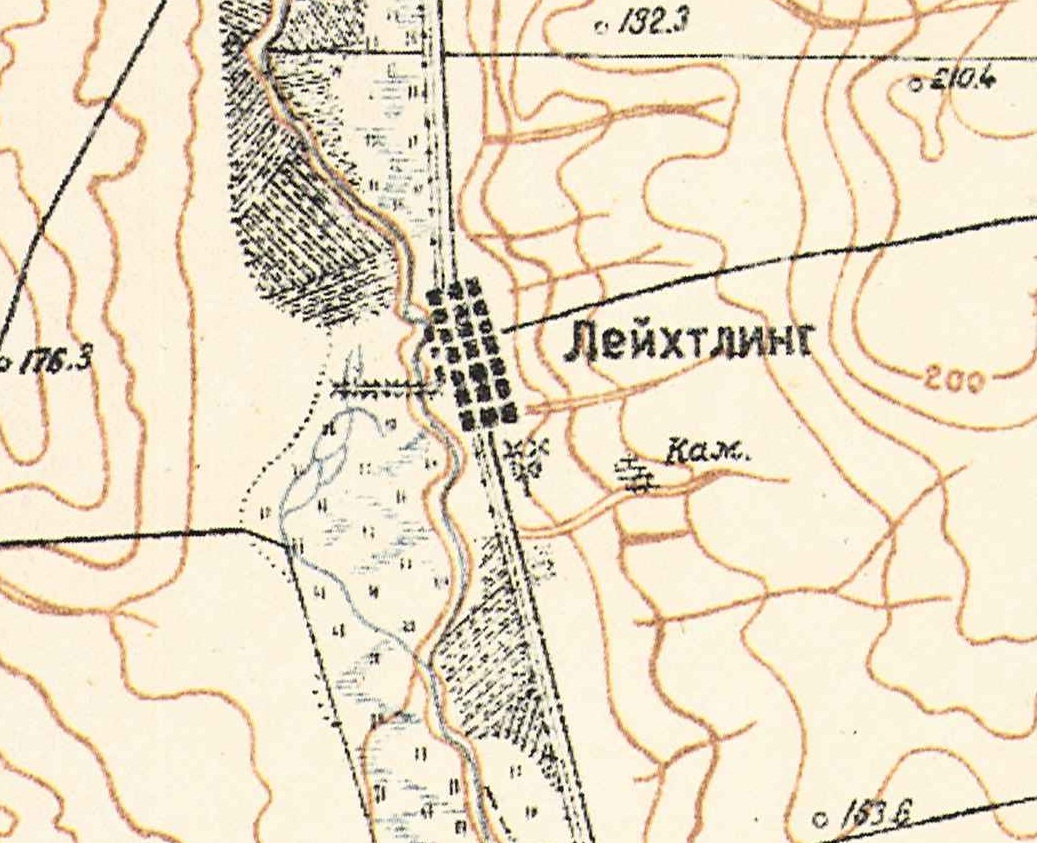 Leichtling was first part of the Semenovka Parish. Later it became part of the Hildmann Parish. At the turn of the 20th Century, Leichtling became an independent parish with a resident priest. A wooden church was built in 1850. This parish church was destroyed by fire on 24 August 1897, just after Mass celebrating the feast of St. Bartholomew. Three visiting ministers tried to help save the church, but it was completely destroyed. There was no church building in the colony until a new church was completed in 1919. The colonists worshiped in the school house during this time.

Leichtling was founded on 14 May 1767 as a Roman Catholic colony by the Government, 120 kilometers from Saratov and 54 versts from Kamyshin.  Its 49 founding colonist families were from Mainz, Bamberg and Bavaria.