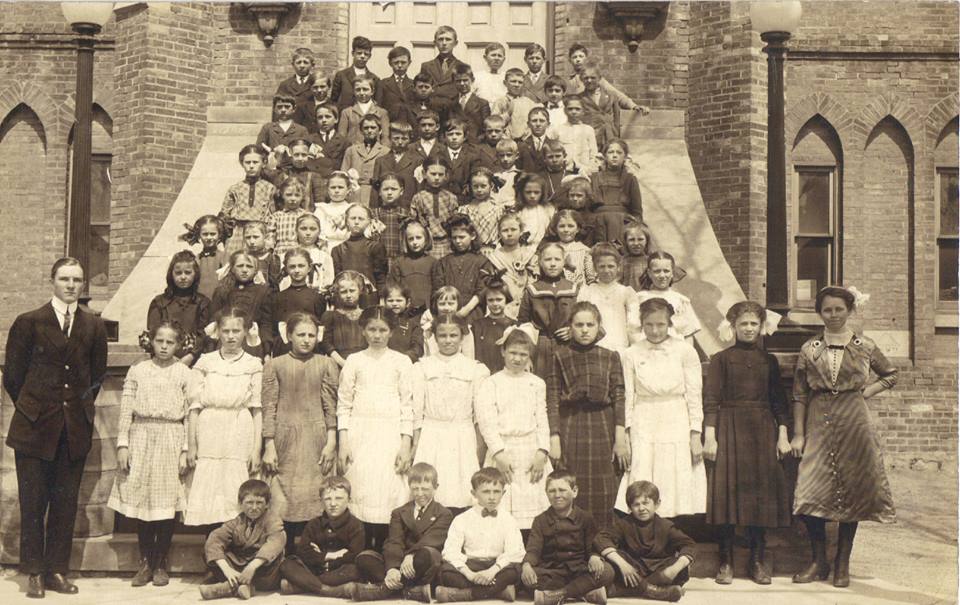 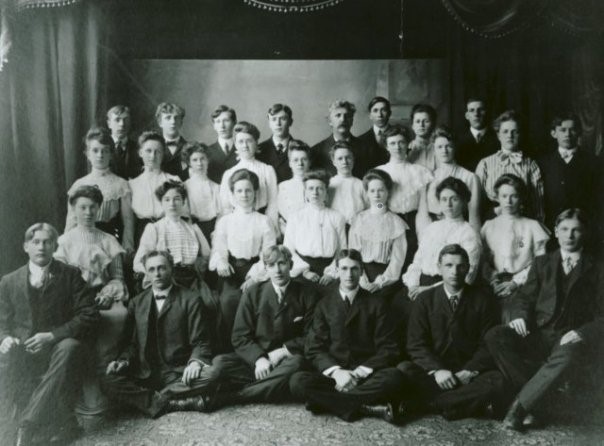 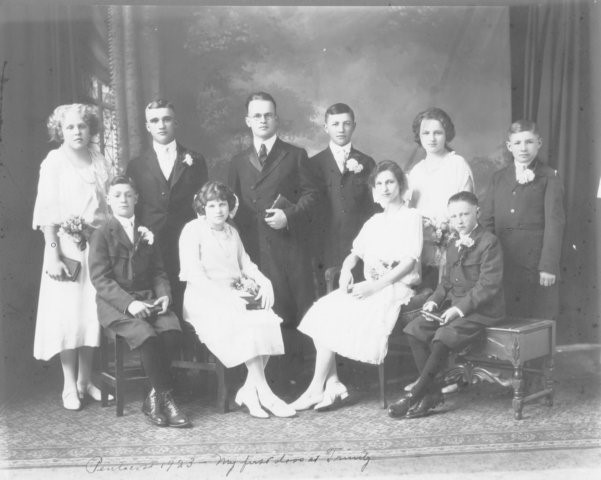 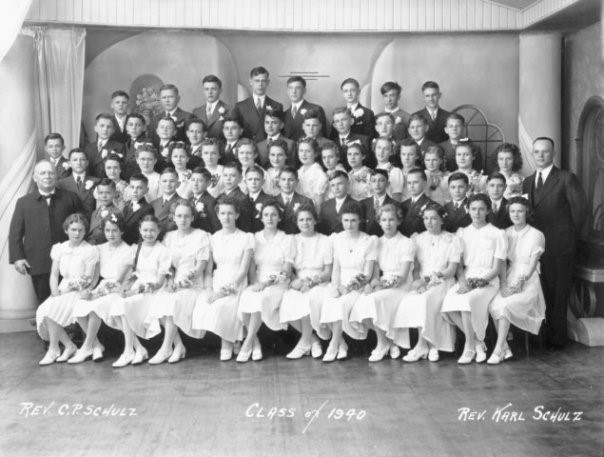 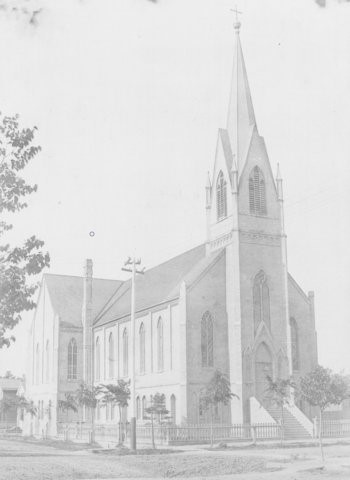 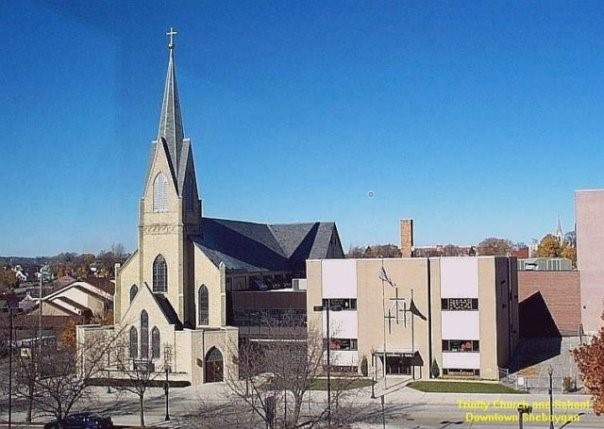 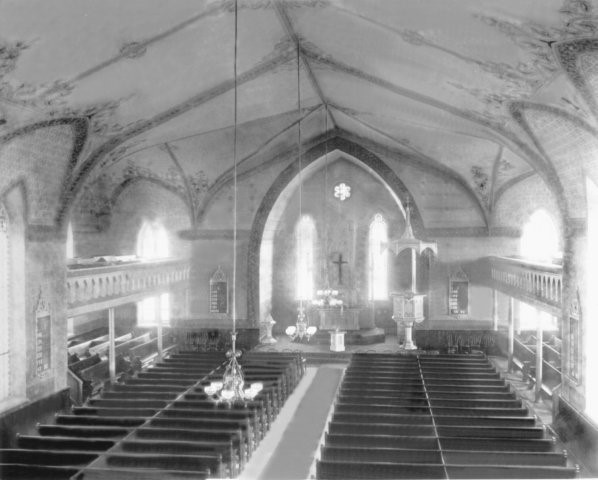 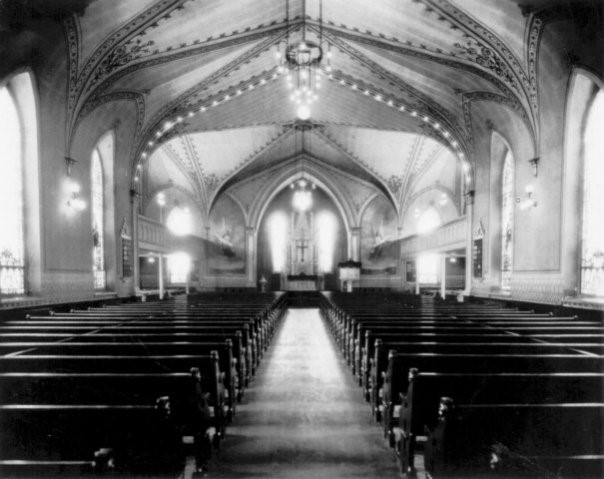 Trinity Lutheran Church was founded on 26 May 1853.  In 1854 a small church building was acquired which served the growing congregation until destroyed by fire on 5 October 1868.  That same day the congregation resolved to relocate at the northeast corner of Ninth Street and Wisconsin Avenue.  Plans for the new church edifice with two classrooms on the lower level and sanctuary above were drawn by Rev. Martin Stephan, Jr. of Chester, Illinois, who was both an architect and pastor and the only son of the leader of the Saxon immigrants who came to America from Germany in 1838.  Cornerstone laying ceremonies were held on 23 May 1869.  The building was enlarged in 1882 with the addition of transepts with balconies.

A frame school building, erected east of the church in 1881, was replaced with a red brick building in 1914 with an addition in 1927.

Overcrowded classrooms resulted in the establishing of branch schools on the west and north sides of the city in 1877 and 1889.  Churches built at these sites were Immanuel and St. Paul.  Trinity established another daughter congregation, south side Bethlehem, in 1890.

Until 1922, divine services were conducted in the German language.  Bilingual services continued until 1974 when the last regularly scheduled German worship service was held.  Special German services are still held periodically.

In 1968, ninety-nine years after the original church building was erected a comprehensive renovation program was undertaken.  Completed in 1976, it included a gym, and a connecting lounge between the church and school.  Recent renovations added a computer classroom, and also a music room located above the lounge.  The church is handicapped accessible via an elevator.

Twenty pastors have served Trinity congregation since its founding while thousands of children received Christian education from over one hundred and fifty-one fulltime teachers.  Sunday school and Bible classes have also been conducted through the years and continue to this day.

Trinity is a member congregation of the Lutheran Church - Missouri Synod.

The following families are known to have been at Trinity: