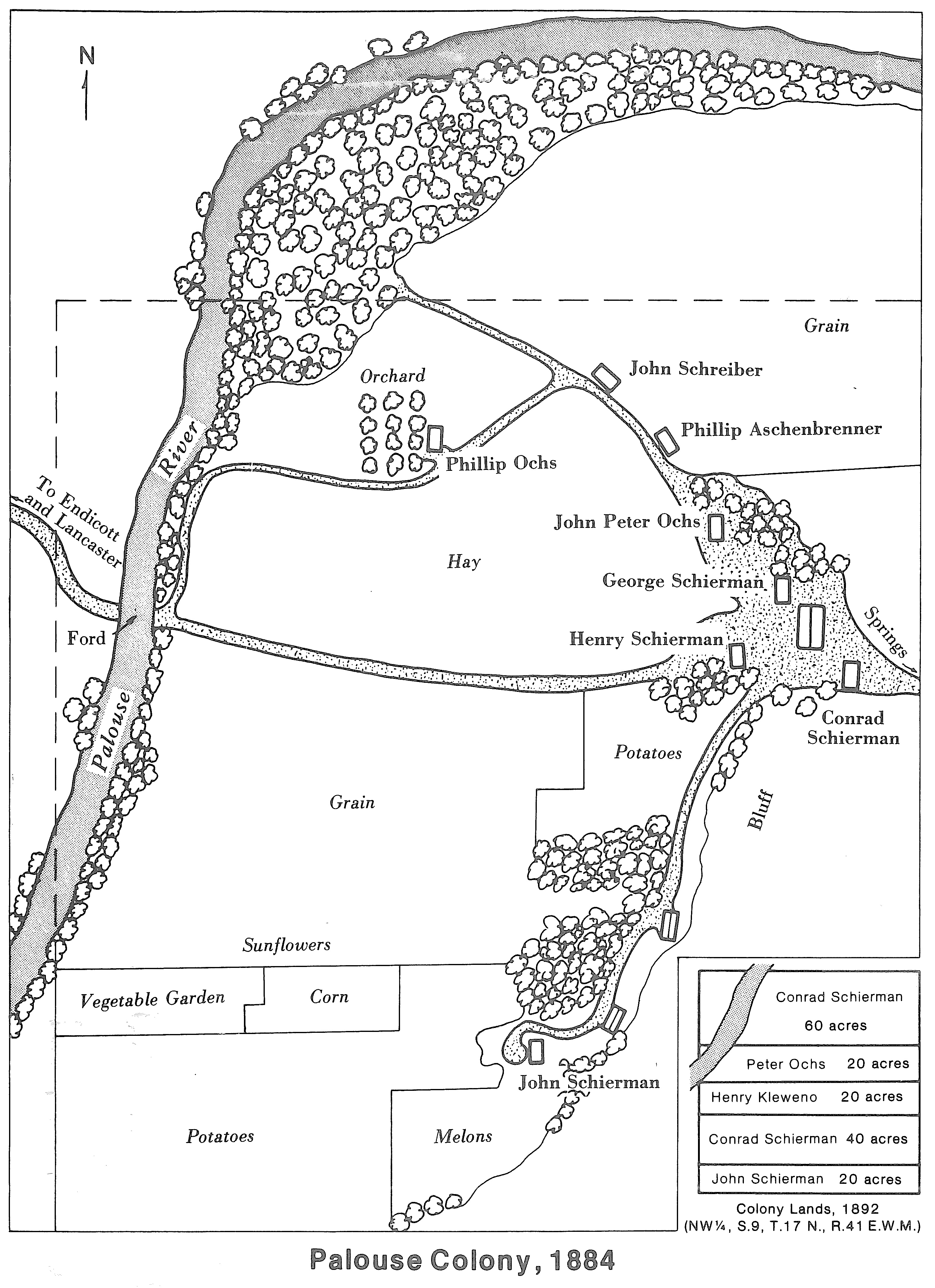 In the spring of 1882, a group of Volga German families from Hitchcock County, Nebraska, boarded a Union Pacific train in North Platte enroute to Ogden, Utah, which was at that time the end of the rail line. In Ogden, they formed a convoy of 40 wagons with Frederick Rosenoff as the wagon master. From Ogden, they headed north along the California Trail until they reached the Oregon Trail near the headwaters of the Snake River. They continued on from American Falls (Idaho) through Boise (Idaho) and Baker City (Oregon) to Pendelton (Oregon). In Pendelton, a small group turned west and headed to Portland while the main group continued to Walla Walla where they arrived in late summer.

At about the same time, a group of Volga German families that had originally settled in Rush and Barton Counties in Kansas decided to move to Eastern Washington. They had arrived in Portland in 1881 via steamship from San Francisco. In September 1882 left Portland by covered wagon for Walla Walla. From there they headed north into the Palouse Country arriving in Whitman County and settling four miles east of Endicott on 12 October 1882.

Sallet reports that by 1920, there were 5,000 Evangelical and 375 Catholic Volga German immigrants of the first and second generation settled in Washington.

Obituaries of the Volga Germans on the "1882" wagon train (FamilySearch.org)