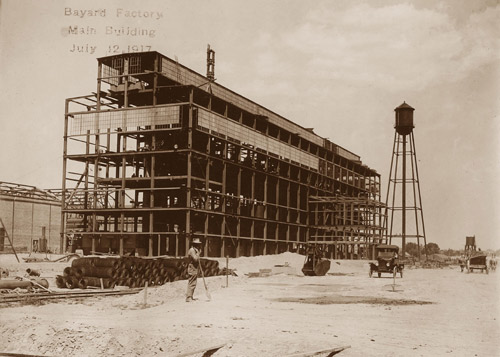 Following the sugarbeet industry, Volga Germans first settled in Bayard in January, 1913, having first stopped in Gering. This first group of five families were from Franzosen and had earlier settled in Sugar City, Colorado.

The Great Western Sugarbeet factory was built in Bayard in 1917.