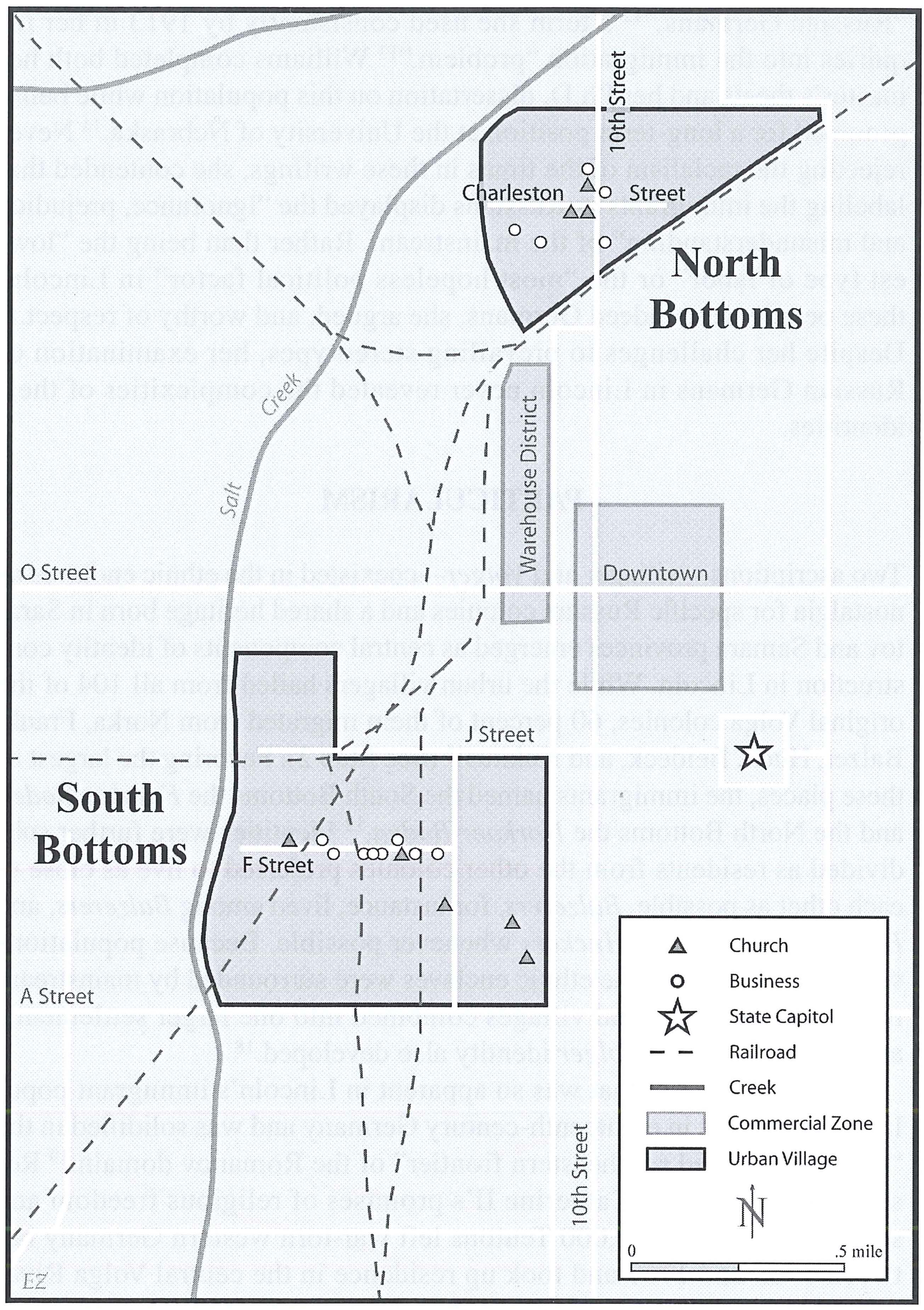 The first Volga German colonists to arrive in Lincoln came from Balzer in 1874. They were soon joined by hundreds of others. The largest of these immigrant groups came from Frank, Beideck, Huck, Balzer, and Kukkus.

They first settled in southwest Lincoln in the flood plains of Salt Creek, a neighborhood that became known as the South Bottoms. Development of the North Bottoms neighborhood began in 1888 as immigrants sought to live nearer the roundhouse of the Burlington Northern Railroad where many were employed. By 1915, there were 6,500 people living in these two enclaves.