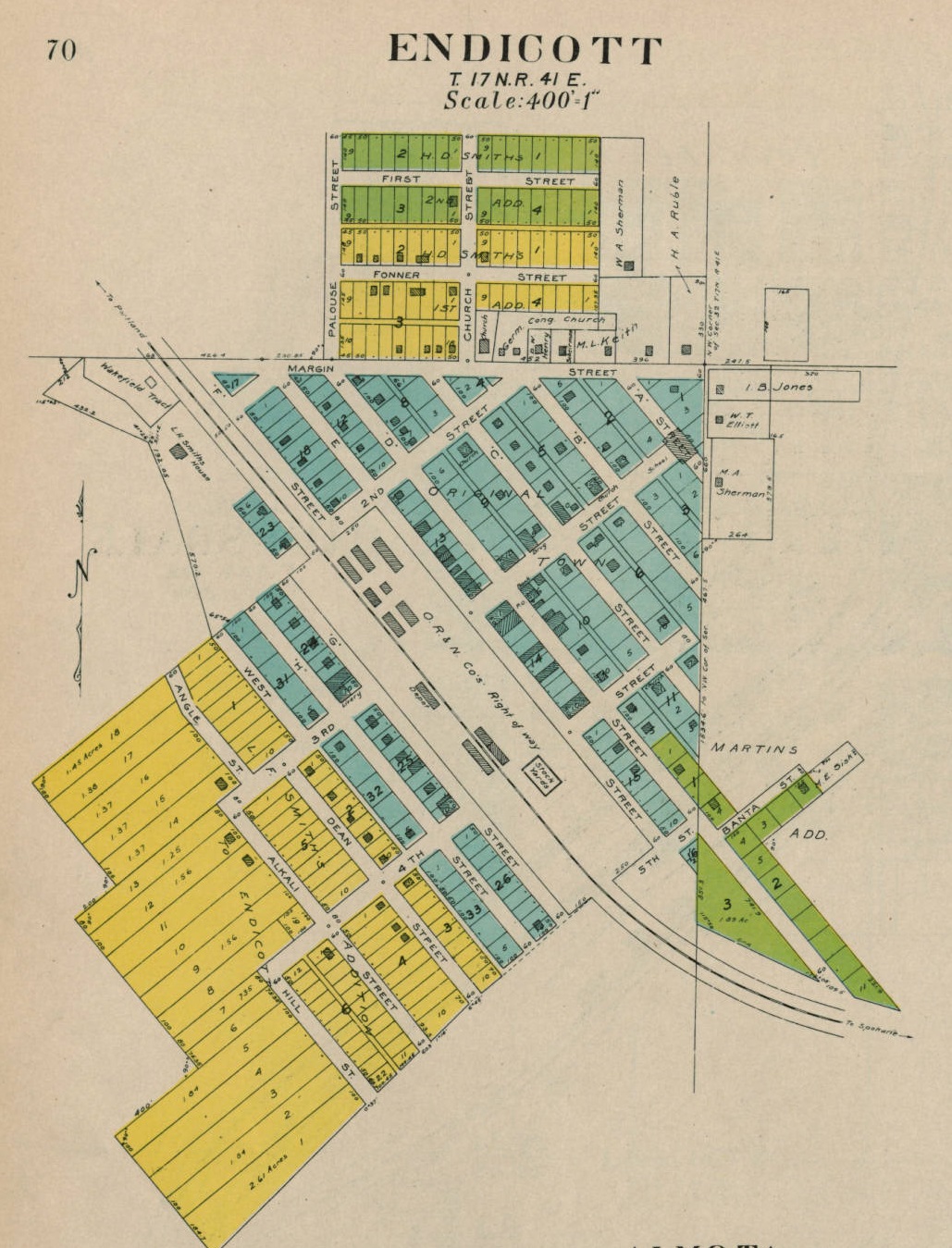 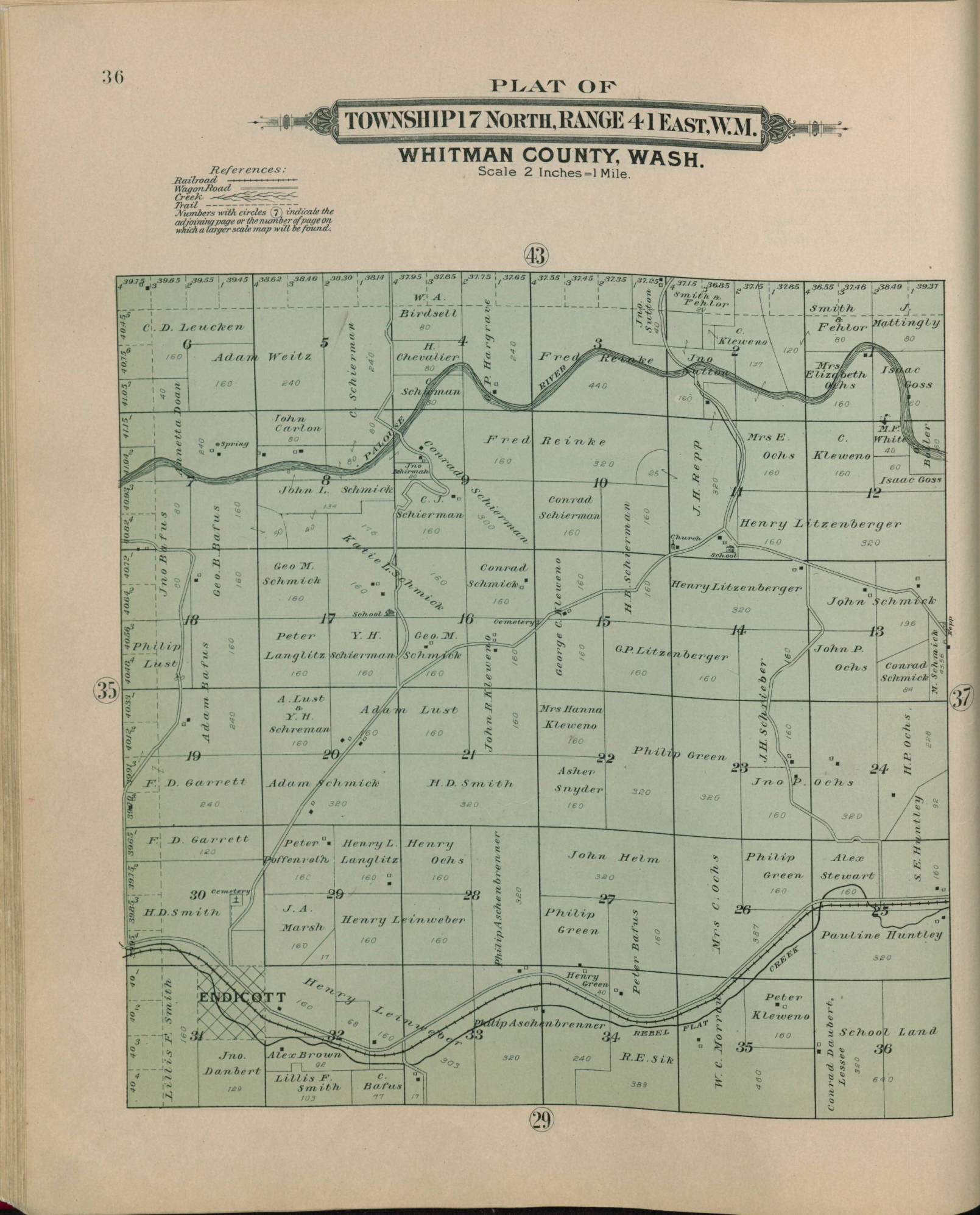 In 1881, a group of Volga German families from Rush and Barton Counties in Kansas decided to move to the Pacific Northwest. They took advantage of reduced fares on the Union Pacific and took a train to San Francisco where steamers of the Oregon Steamship Company transported them to Portland. After spending a year working in the Portland area, most of these families decided to move to Eastern Washington, and in September 1882 left Portland by covered wagon for Walla Walla. From there they headed north into the Palouse Country arriving in Whitman County four miles east of Endicott on 12 October 1882.

Endicott had been platted in 1882 and named for William Endicott Jr. of the Oregon Improvement Company. It was officially incorporated on 11 February 1905.

The following Volga German families are known to have settled in and around Endicott: