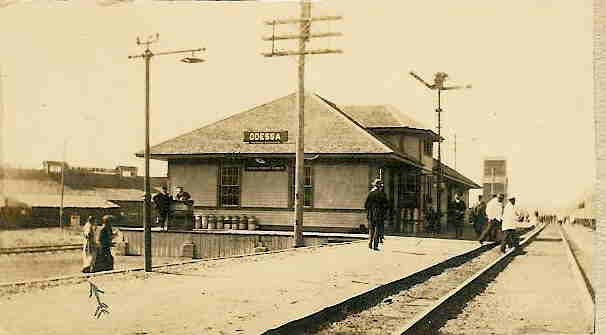 The Great Northern Railroad came through the valley in 1892. The town of Odessa was platted in 1899 by George W. Finney who donated the land. It was officially incorporated on 25 September 1902. It was named Odessa after the German-Russian wheat farmers in the area, many of whom had immigrated from the area around the city of Odessa in Russia. Approximately 80% of the town's residents trace their ancestory to the Black Sea and/or Volga Germans of Russia.