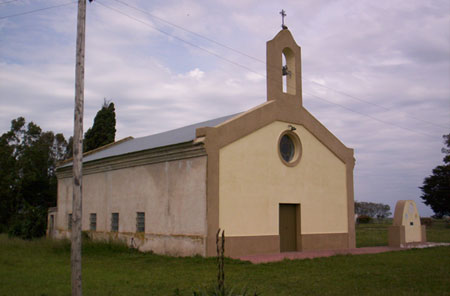 Catholic church in Colonia Nievas. In January 2007 there were approximately 22 people living in this colony. The younger generations are emigrating to the cities Source: Gerardo Waimann. 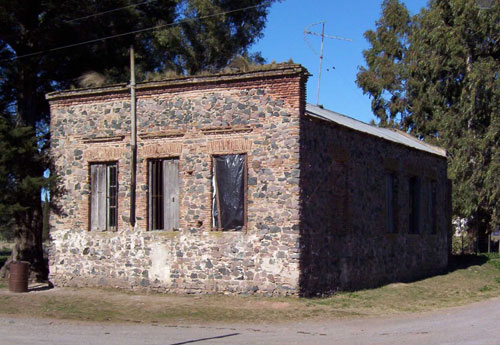 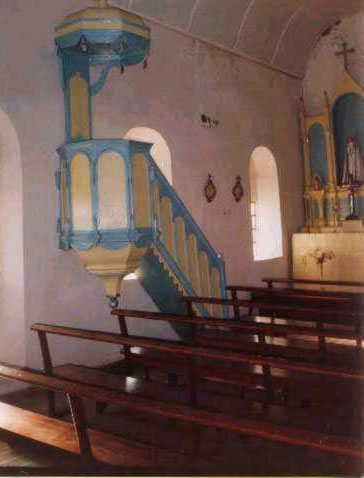 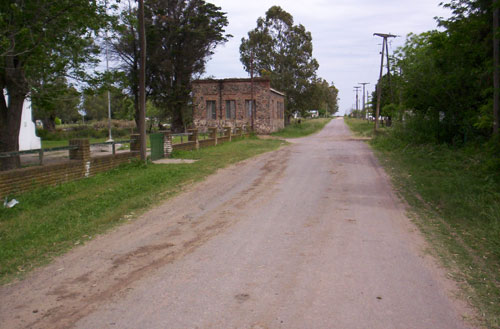 The twenty families who established the colony of Nievas came from the Volga German colony of Hölzel.  They arrived in Argentina in February 1878 aboard the SS Hohenstadt along with those who later founded the colony of San Miguel.  After spending 7 years in Colonia Hinojo, they purchased land from Johann (Juan) Rickert and founded the colony of Nievas in 1885 in the Olavarría Partido (Section) of Buenos Aires Province.  Originally built at the top of the hill, the colonists moved the settlement to the banks of the Arroyo Nievas, after which the colony had been named.

Among the founding families were:

Today, this colony is mostly abandoned.