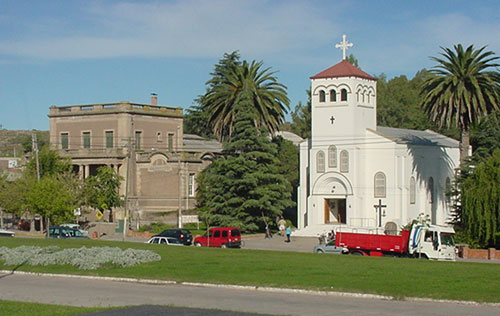 The church in San Miguel (2007). Photo courtesy of Pablo Weimann. 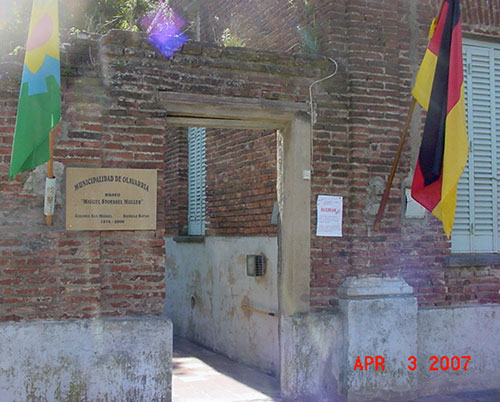 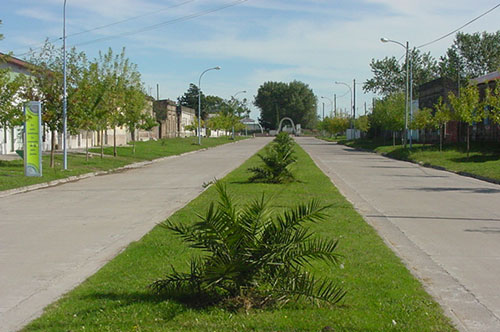 The 15 families who founded San Miguel came from the Volga German colony of Dehler on the Wiesenseite.  They arrived in Argentina aboard the SS Hohenstadt in February 1878 and settled first in Colonia Hinojo.  Also aboard this ship were those who eventually established the colony of Nievas.  After 3 years, these families acquired property from Peter (Pedro) Kessler in a place called San Jacinto.  They moved there on 3 October 1881 to establish the colony of San Miguel, naming it after the first Vorsteher (mayor), Michael (Miguel) Stössel, although it was often called Dehler because of the colony in Russia from which they came.

The following men and their families were the original settlers of San Miguel: