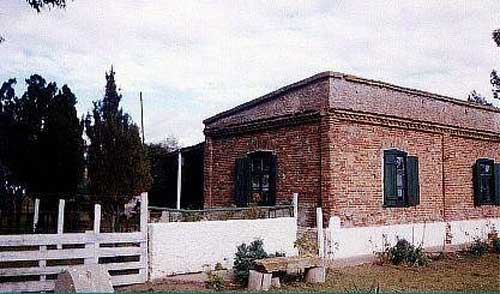 House formerly belonging to the Gottau family of Santa Rosa. The house is now a history museum. Source: Jorgelina Walter. 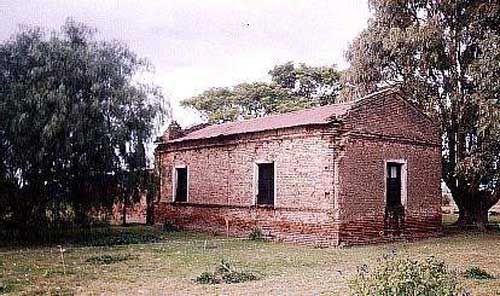 A house formerly belonging to the Roppel family of Santa Rosa - built in 1902. Source: Jorgelina Walter. 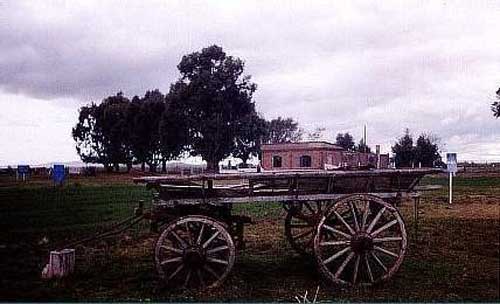 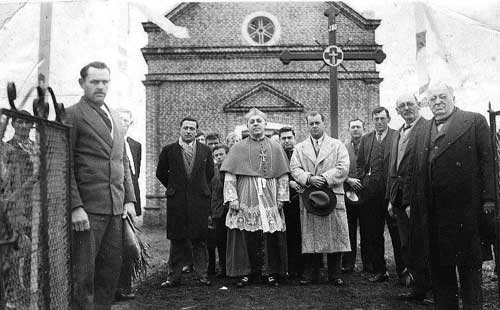 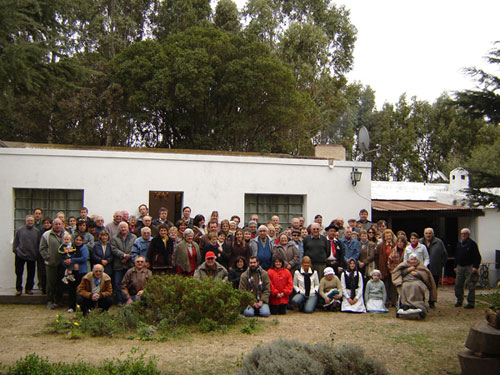 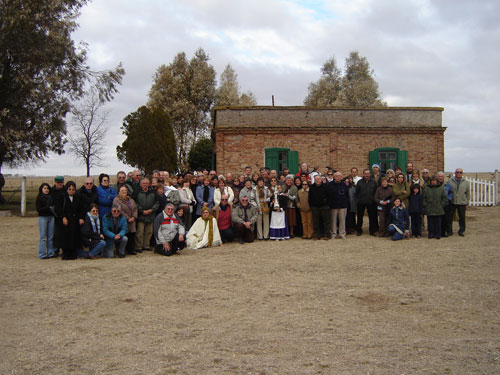 In 1895, a group of Volga German colonists bought 3,000 hectares in the Puán Partido (Section) of Buenos Aires Province, and in 1902, the colony was Santa Rosa was officially founded.  According to the municipal record of deeds, the first land owners were:

During the life of the little village, Santa Rosa had three churches: the most important one was completely destroyed (with the parish records) by a lightning strike that caused a fire on Good Friday in 1943.  The last church, which was very simple, was demolished and its materials used in building the monastery of Santa Clara, in the city of Puán.

Burials in the cemetery of Santa Rosa:

The first elementary school began in 1909, and a newer school that was built in 1949, was demolished in the 1960's because the families moved to nearby towns.  The town was abandoned.  At present, many descendants of Santa Rosa live in Puán, Darregueira, and Pigüé.

In 2002, a group of people, inspired by two young siblings, Jorgelina and Ariel Walter, began to the hard work of restoring parts of the abandoned town.  With very little money and great enthusiasm, they cut the grass, painted, repaired, organized conferences, researched the history of the village, founded a small museum and every year, on August 30th (day of Saint Rose), they organize a Mass and the Kerb (the patron saint's day, as celebrated in Russia) with the older people and other Volga German descendants.

That year (2002) the abandoned Volga German colony was declared “Cultural Property” by the municipality of the zone.  For more information or donations to support the cultural heritage of Santa Rosa, please contact “Santa Rosa Friends Association” or Jorgelina Walter at: [email protected]