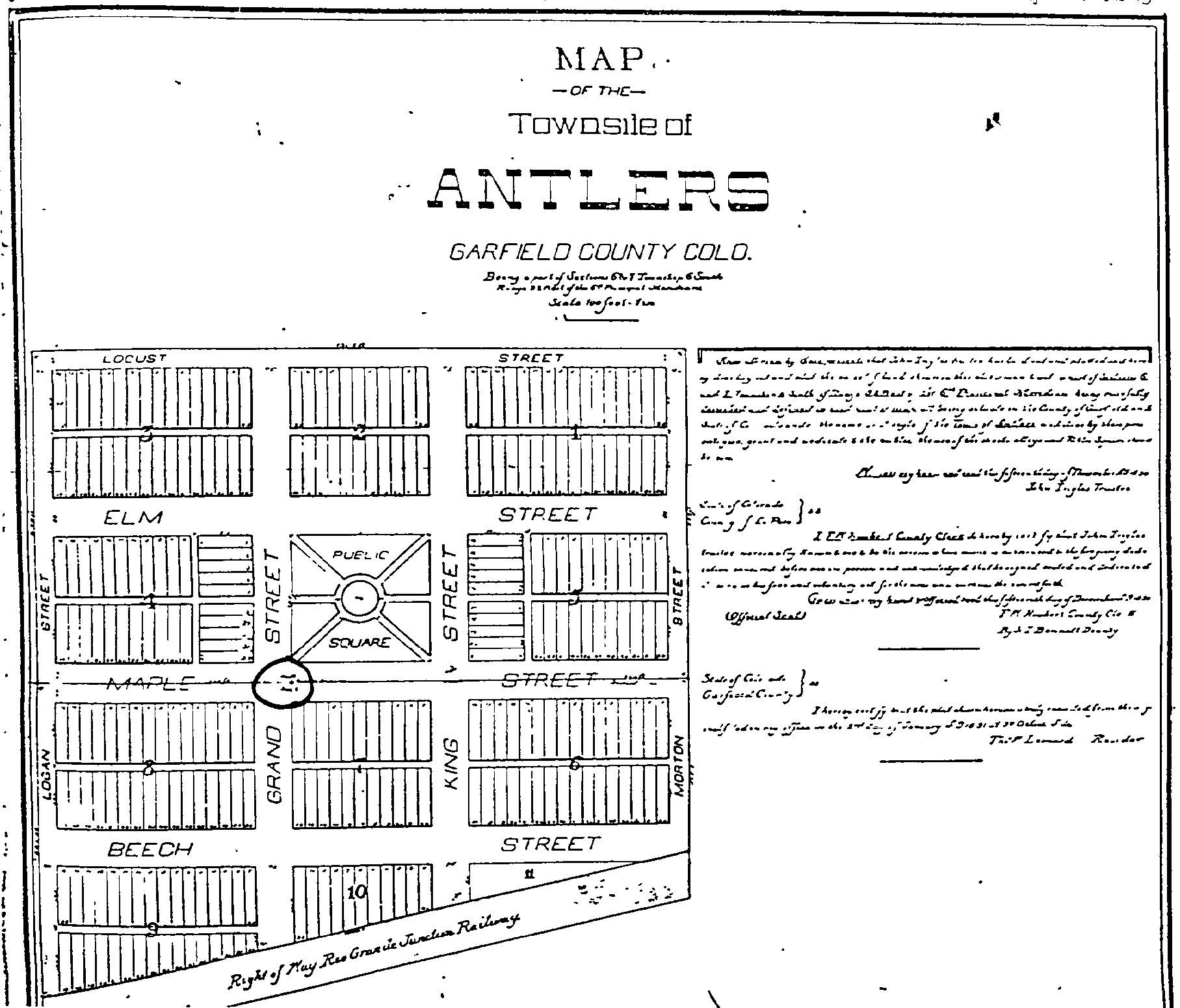 The small settlement of Antlers, Colorado, was established in 1887 by a corporation composed of the Grass Valley Land and Water Co. and a group of English investors. The corporation's plan for Antlers included five cottages for their employees, a livery stable, town park, general store and a blacksmith shop. The new town was located in what today is the I-70 corridor between Rifle and Silt, on the fringe of Silt Mesa. The corporation and the investors owned most of the land in the Antlers district. They divided the land into ten-acre lots and leased or sold the lots to individual farmers for fruit farms. They built irrigation canals and the Harvey Gap Reservoir. In 1910 there was a post office, blacksmith, barber, general store, the Antlers Orchard Development Co., a saddle maker, a church, a school and a town park.

In the early 1900s, the Holly Sugar company brought German Russians to the area because of their knowledge of sugar beet farming.

By the mid-1940s the orchards and sugar beet farms were gone. The school closed in 1963 and Antlers faded away. Today the school is still standing and is owned by a private individual.

In 1906 the Christian Church of New England in Rifle dedicated a branch in Antlers. It was led by a German-speaking minister and was a largely German congregation.

Land records show that the following Volga German families settled in Antlers and the surrounding area:

The Valley of Opportunity: A History of West-Central Colorado (BLM Cultural Resources Series, Colorado No. 12).