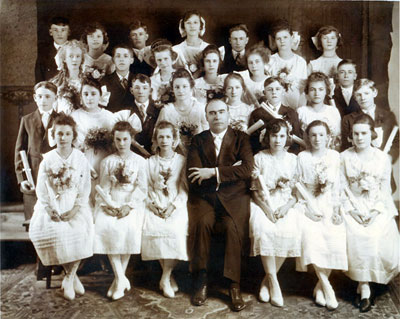 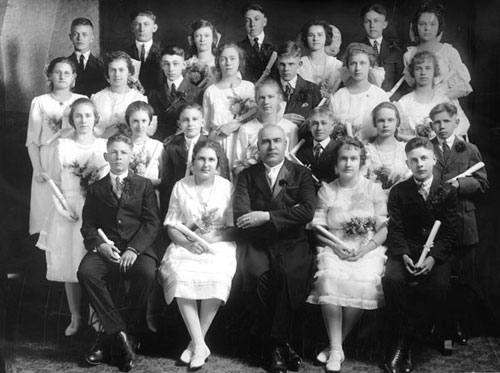 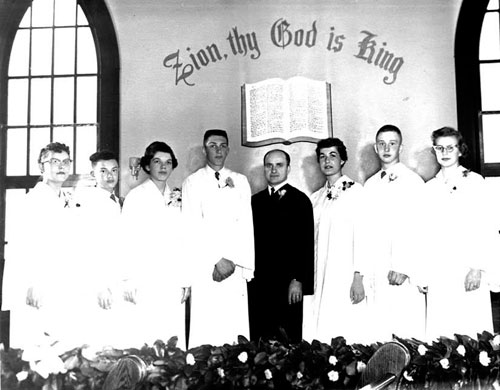 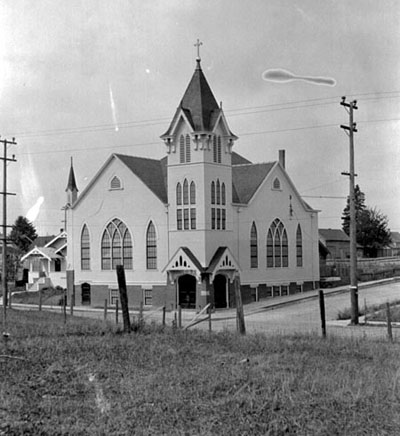 The Church Officers elected at this first meeting were:

In the beginning, the congregation held worship services at the Mennonite Church at 6th & Fremont.  Land for a permanent facility was purchased at the corner of 9th & Fremont, and the cornerstone was laid on 19 July 1914.  The building was dedicated on 8 November 1914 . A parsonage was constructed in the same year.  In 1929, a pipe organ was installed.  The congregation hosted the meetings of the General Conference of the German Congregational Churches in 1927 and 1953.

Zion Congregational and its successor congregations have been served by the following pastors:

Baptism, Confirmation, Marriage, Burial, and Family Records for Zion Congregational Church have been extracted for 1914-1967.

Baptism, Confirmation, Marriage, and Burial Records for Rivercrest Community Church have been extracted for mid-1967 through mid-1978.