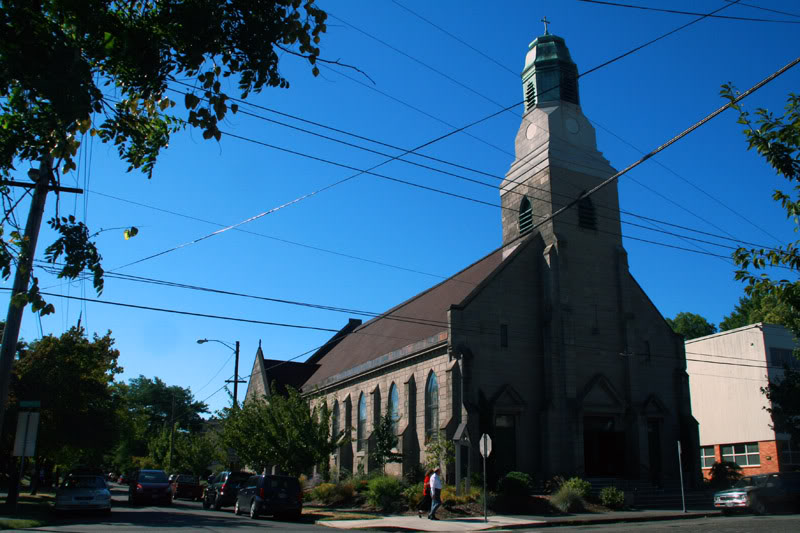 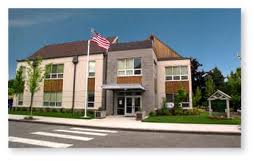 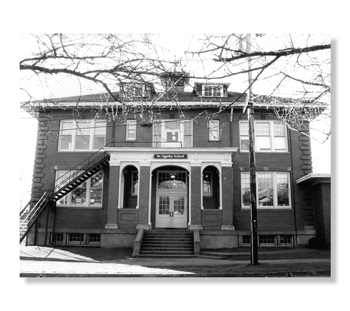 In April of 1911, St. Agatha Mission was established in the small village of Sellwood across the Willamette River from Portland.  Mass was celebrated in the homes of Sellwood's Catholic residents.  The parishioners met with Father John Cummisky, OSB, the pastor, and it was decided that a two story brick building would be built to serve as a school and chapel.  A bungalow residence was built for the pastor adjoining the parish.  On Thanksgiving Day, 1911, the new combined church and school building was dedicated.  The cornerstone for the current Early Gothic Style church was laid on New Years Day, 1920, and dedicated 3 October 1920.

The Benedictine Sisters from Sacred Heart Parish opened the school in February 1912 with 38 registered pupils.  In 1915, The Sisters of St. Mary of Oregon agreed to direct and staff the school which they did for 58 years.  In the fall of 2001, construction began for a new school building and gymnasium.  The new facilities opened for students in January 2003.

The opening of the Mill Lumber Company brought many Volga German Catholic immigrants to the neighborhood.

The congregation of St. Agatha's was served by Benedictine priests for the first 80 years. It has had the following priests: