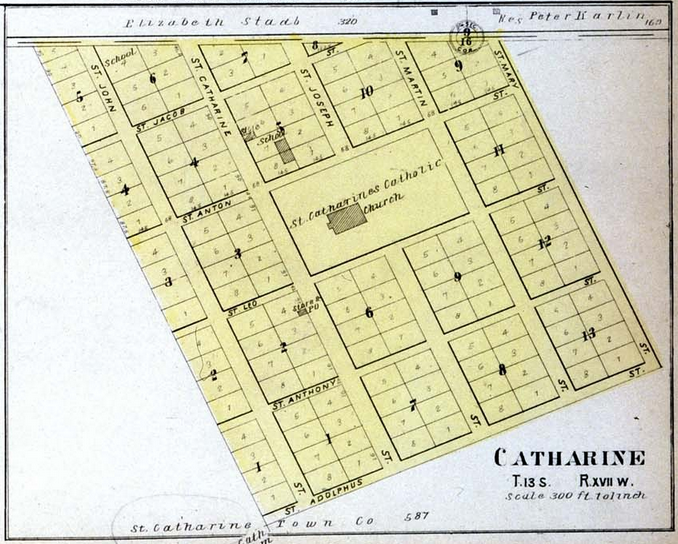 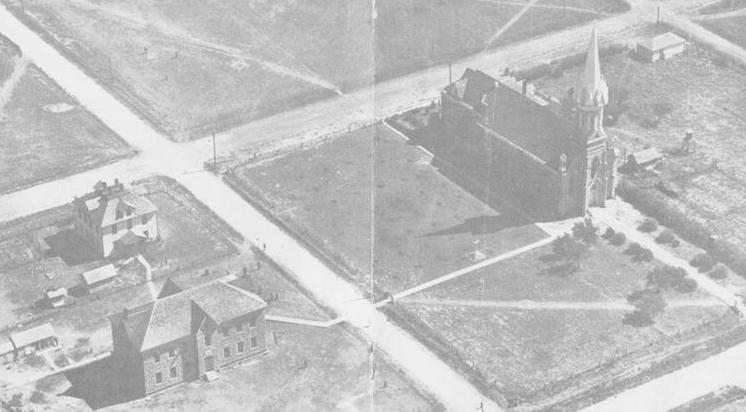 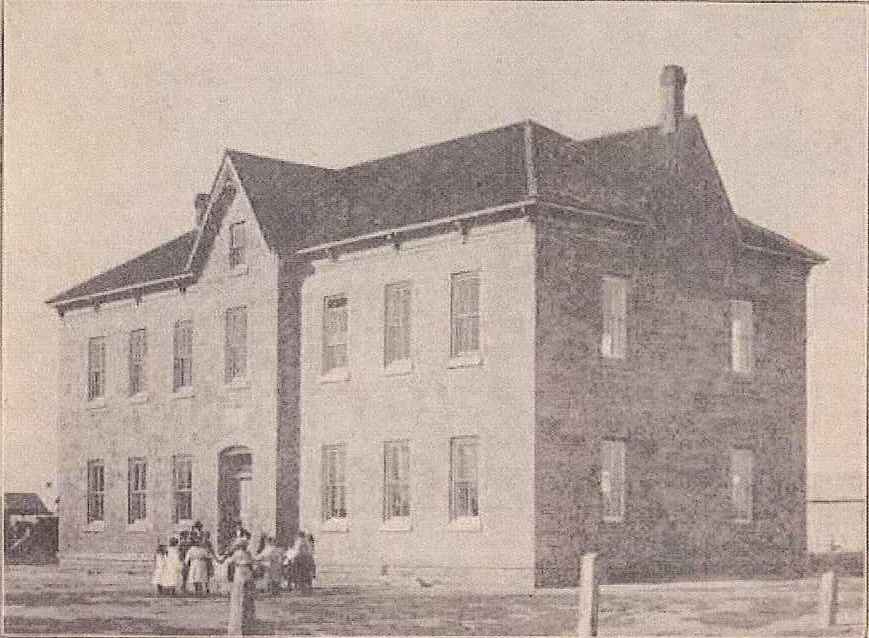 Catharine was founded 8 April 1876 by a group of Volga German immigrants who had arrived the previous fall in Topeka. The original settlers included the following families (with the total number of people in each family in parentesis):

They were joined on 27 July 1876 by another group of families from Katharinenstadt:

On 26 September 1876, another group of immigrants arrived in Catharine:

Sometime in November they were followed by the following families:

The final group of early settlers arrived in November 1878:

From 1878-1883, the Volga Germans in Catharine were joined by several Moravian families from Austria.